How to Control Blood Sugar Levels After Having a Stroke?

The National Institute of Neurological Disorders and Stroke held professional research about the level of glucose in people who have recently gone through the recovery process from a stroke. Walter Koroshetz, MD, as the director of NINDS and his colleagues believe that increased levels of blood sugar (hyperglycemia) are quite common in people who’ve experienced an acute ischemic stroke. 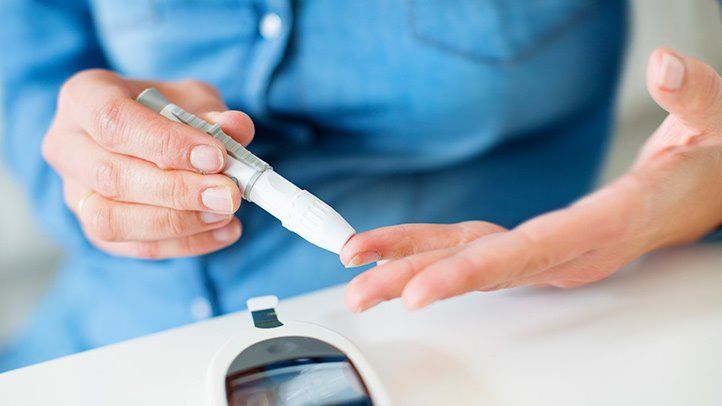 In most cases, hyperglycemia is related to stroke history – it means that a person had healthy levels of sugar in blood until having a stroke. The experts were trying to define – whether to assign the daily management of blood sugar for people who had an ischemic stroke or not.

The large, multi-purpose clinical trial called SHINE led by K. Johnston, MD, from the University of Virginia along with her team of experts compared 2 common strategies of glucose control in people who experienced a severe heart stroke. Over 1100 patients took part in the SHINE study. Some of them were getting intensive glucose therapy with the regular intravenous shots of insulin to level down the blood sugar parameter to less than 120 mg/dL.

The second group received another glucose management via the insulin shots every 72 hrs to reduce the blood sugar level to 180 mg/dL or less. Both groups of patients were evaluated for the results of two different methods of delivering insulin. Such factors as neurological function, a common quality of life and disabilities were evaluated by the scientists.

The SHINE results turned out to be quite controversial – both methods of insulin delivery were quite effective for people with the recent history of ischemic stroke. Over 20% of the study’s participants demonstrated the great outcome after a 90-day daisy blood sugar control, regardless of the chosen insulin delivery method.

However, some people revealed an over-decreased level of blood sugar and they needed a more intense therapy and blood sugar management strategy. Aggressive glucose management didn’t bring an optimistic outcome for people with the history of an ischemic stroke. Surely, additional research has to be done to find the most effective treatment method for people who require regular glucose control after a stroke.

The risks of diabetes for people after recovering from a stroke

When a person is diagnosed with diabetes, his or her blood sugar (glucose) levels are elevated above the recommended standard. Diabetes is a malfunction of the hormone insulin’s production. Insulin an essential hormone that builds a healthy metabolism and it is responsible for keeping blood sugar at the appropriate level.

There are 2 major reasons for elevated blood sugar level: carbohydrates received from the food intake and glucose that appears in the bloodstream from the liver. This means that it is impossible to reduce the blood sugar level only by limiting the digestion of carbs. In this scenario, the liver will just increase the release of sugar into the bloodstream, and the blood glucose level will remain above the standard.

What blood sugar level is considered normal? People who don’t have diabetes have a blood glucose level of 3.3-5.5 mmol/L or 60-100 mg%. After having a meal, the blood sugar level of such person rises to 7.8 mmol/L. If there is a high blood glucose level, the body’s cells are starving, a person feels thirsty, weak, tired, becomes unable to perform even normal work, and he or she starts to lose weight.

Diabetes can be of 2 types:

The major risks for people with diabetes type II and type I:

Expert recommendations for people who need to control blood sugar

These are the special Harvard Medical School recommendations for people who need to control their blood glucose level, with recent stroke history. Here they are:

Patients with diabetes type II need to monitor their blood sugar levels every 2 hours after a meal, measuring it with a glucometer. It is important to monitor what happened in the body after the indigestion of carbs before having the next meal. If the sugar level is high, it means a person should follow a low-calorie diet and more intense physical activity.

Diabetes or high blood sugar levels require proper treatment. People with such a diagnosis should visit a nutritionist and then follow an individual nutrition program to normalize carbohydrates and fats metabolism. The first step in developing an individual nutrition plan is to calculate the daily calories for the intake – it depends on your level of physical activity.

Keep in mind that it is possible to prevent the development of diabetes type II even if blood sugar levels are high. Immediately go a healthcare specialist and follow all necessary recommendations to stay healthy after a stroke.

This site is provided for informational purposes only. The data found is not a substitute for expert medicinal consideration by a certified specialist or other qualified healthcare experts. Continuously check with your primary care physician or drug specialist in the event that you have any worries about your condition or treatment. Ousu.org is not responsible, directly or indirectly, for any type of damage resulting from the utilization (or misuse) of data contained in or suggested by the data on this site.

Many links from Ousu.org are to trustworthy foundations, groups and useful information. However, not all of the informational assets on the internet are authoritative or current. Any choice about your wellbeing or medical care dependent on data obtained from the web could be hazardous. While we hope that you will find Ousu.org to be helpful, the pharmacy acknowledges no obligation of any nature at all for connected sites or any data contained in them.

The data contained on Ousu.org pages could contain technical mistakes or typographical errors. Ousu.org maintains whatever authority is needed to make changes and upgrades to any data contained inside its Web Site, any time and without notice. Although Ousu.org requires certificates from all medication providers, it does NOT bear responsibility for side effects and any other consequences, direct or indirect, from the use of drugs. Always consult with your doctor before you start taking some certain medication.